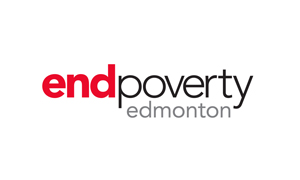 In 2014 a Mayor’s Task Force began moving towards an ambitious goal: ending poverty in Edmonton within a generation. With a focus on collective action, a detailed road map outlining 35 actions, and dozens of partnerships throughout the capital region, the work is innovative and exciting.

Since 2016 we have been managing the Facebook and Twitter accounts for EndPovertyEdmonton. The conversations cover a tremendous amount of ground due to both the complexity of the subject matter and the audiences that we are engaging. We discuss the intricacies and challenges of poverty both with advocates and allies, as well as many citizens with lived experience.

Reducing violence depends on understanding the complex social patterns and structures behind it — structures that are very different depending on the type of violence and those who participate in it. In 2016, Edmonton Councillors Bev Esslinger and Scott McKeen decided it was time to tackle gender-based violence: a violent assertion of power over another person due to gender or gender identity.

In order to effectively address gender-based violence within our city, it was essential that we develop a comprehensive understanding of both the power dynamics at play between genders, and to understand the sensitivity and complexities of the issues. Parodos developed a foundational communications strategy for It’s Time, and provided writing, photography, creative direction and project management for the <website>.

We also produced a video to explain the basics of gender-based violence.

Finally, we built and manage the Facebook and Twitter accounts, and try to change the conversation on a daily basis while supporting survivors and educating bystanders.

The Massage Therapist Association of Alberta had a challenge: How to increase engagement with a membership that is strapped for time and resources. They knew they needed to take advantage of their digital channels, maximize their website and improve engagement on emails and newsletters.

We developed a foundational communications strategy for the association that clarified their messages, their audiences and the values on which they could connect. We used that strategy to help with membership engagement on specific campaigns, and to re-invigorate their Facebook community. Since we began managing their social media in June 2017, their reach and engagement rates have grown substantially and their audience has shown their appreciation for the value they get from the digital channels.